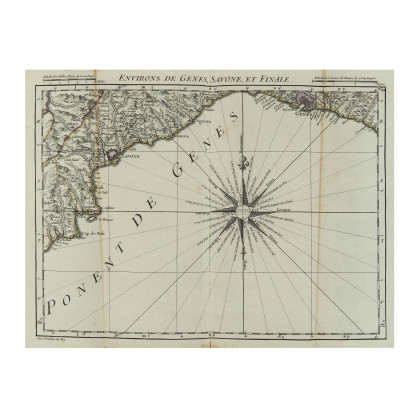 DHEULLAND, Guillaume (XVIII secolo) - Theatre de la guerre en Italie. Paris: presso l'autore, presso Jullien e Grosseau, 1748. A nice atlas in pocket format complete with all the maps handcoloured in outline in the territories interested by the franco-prussian war. Oblong 4to (255 x 111mm). Second edition of this important work by Descartes on music. Written in 1618 it was never published until the first edition in 1650, shortly after Descartes' death. The lot is accompanied by an import certificate.