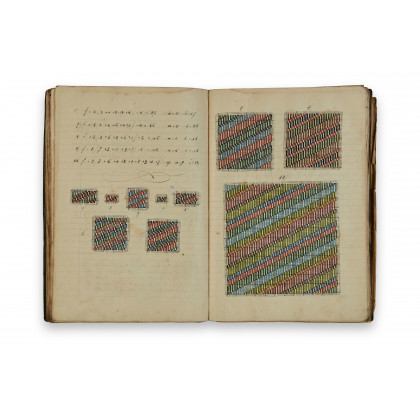 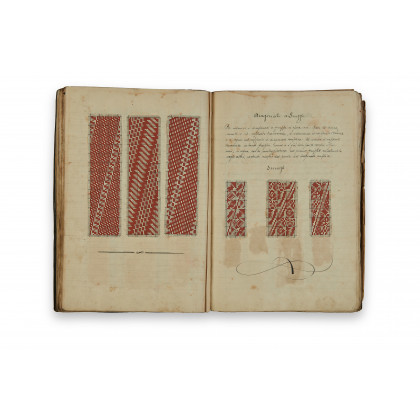 FERRARIS, Giovanni - Lezioni di Tessitura. Prima metà del XX secolo. A curious manuscript by the Engineer Ferrari, Professor of weaving at the Reale Istituto Professionale of Biella at the beginning of the 20th-century. The manuscript contains the manual that the Professor had prepared for his students which was probably never completed and never published (there is no trace in SBN). Included are drawings and prints showing the various types of designs and fabrics, many coloured. The work appears to be incomplete as some further chapters have been loosely inserted. Manuscript on paper (ll. II, 194, l'; 323 x 220mm). Script in Italic from the 20th-century (autographed by Giovanni Ferraris?). 31 lines. Contemporary black cloth, author and title in gilt on spine (some waterstaining). Together with FERRARIS, Giovanni. Rapporti dei tessuti composti. Biella: Officine Grafiche, 1920