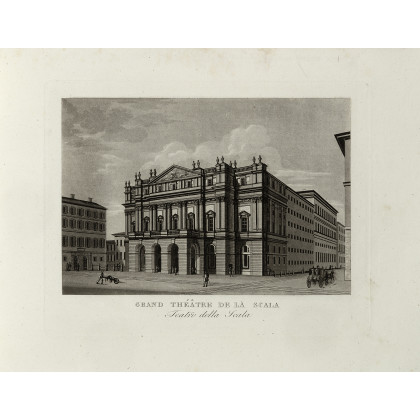 [MILANO] - Souvenirs de Milan. Milano: Artaria [ca. 1829-32]. A fresh copy with fine aquatint plates depicting Milan and its environs including some views of the Lago Maggiore and Monte Rosa. The number of plates varies from 25 to 28 as some were added later. The present copy doesn't have the plate of Galleria de Cristoforis which was build in 1832 and it must have therefor been published before that year. Oblong 8vo (202 x 271mm). Title, plan of Milan and 26 aquatint plates by Fumagalli, Landini, Biasoli and others (minor marginal spotting). Contemporary green boards, original title applied (extremities lightly rubbed).