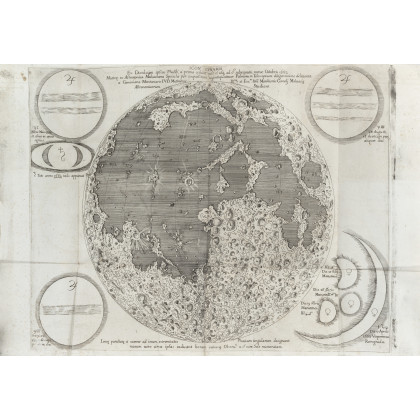 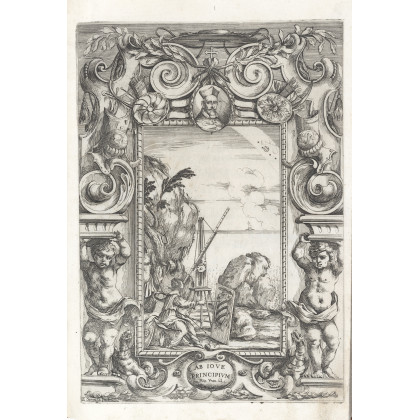 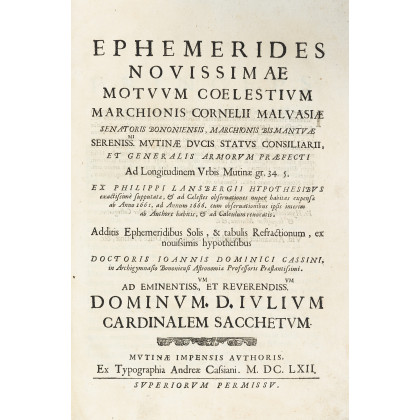 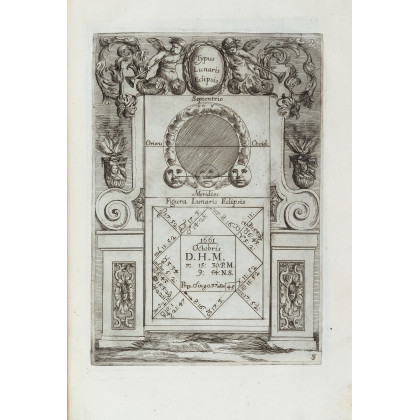 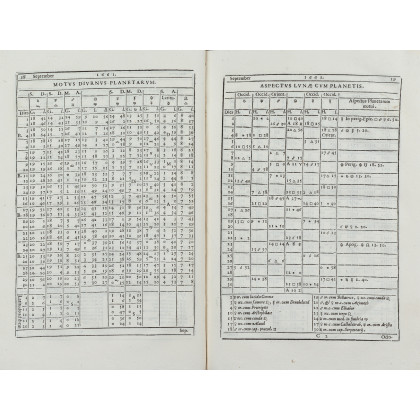 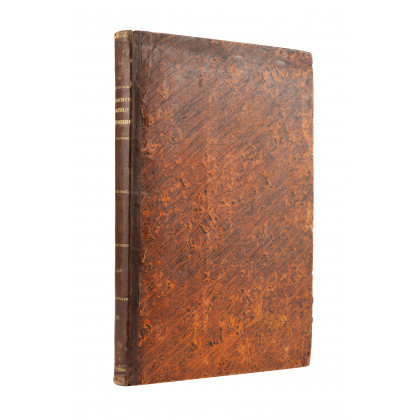 MALVASIA, Cornelio (1603-1664); MONTANARI, Geminiano (1633-1687) - Ephemerides novissimae motuum coelestium. Modena: Cassiani, 1662.   First edition complete with the renown lunar map drawn by Geminiano Montanari, among the most precise ever delineated until then. The selenography was created using a particular wire reticle with fixed wires that Montanari placed in the focal plane of the telescope to correctly report the proportions and positions of the craters. The measurements were made in the astronomical observatory that Malvasia had built in his villa in Panzano in the 1640s and which attracted numerous astronomers including the Duke of Modena, Francesco I. The ephemerides are dedicated to Cardinal Giulio Sacchetti, whose portrait and the heraldic coat of arms appeare on the title-page and the engravings were designed by the painter Francesco Stringa (1635-1708), follower of Guercino.   Folio (358 x 240mm). Half-title, engraved frontispiece depicting the allegory of Astronomy and the portrait of the dedicatee, 12 engraved illustrations in the text, engraved initials and headpieces, large lunar map folded at the end of the volume (occasional spotting and some light browning). Mid 19th-century boards backed in calf.   The lot is accompanied by a export license.