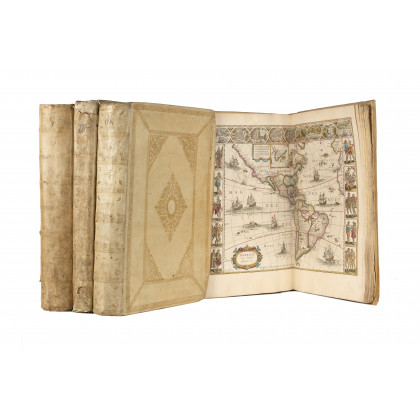 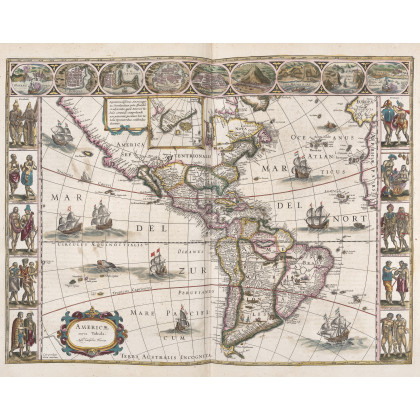 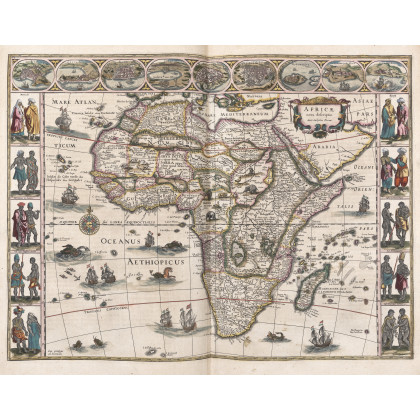 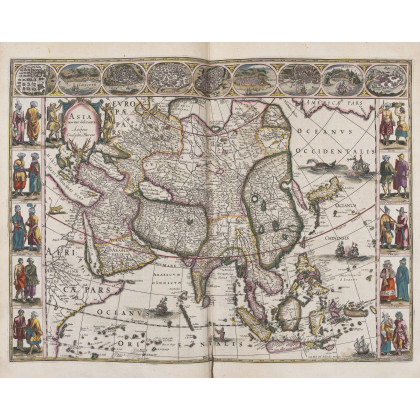 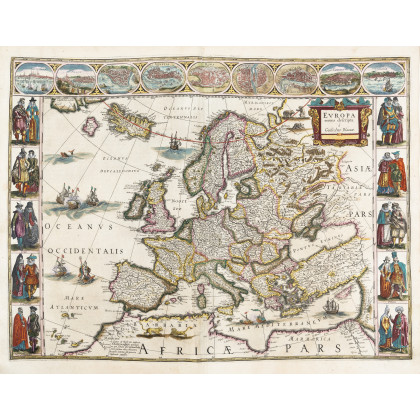 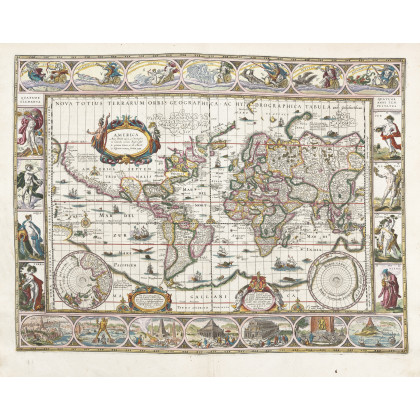 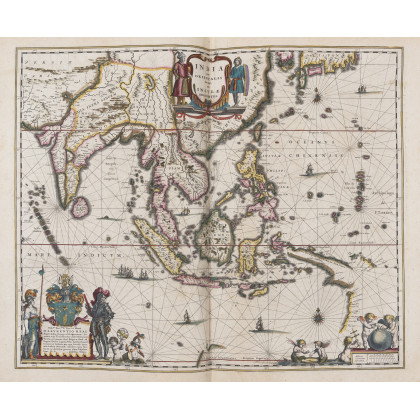 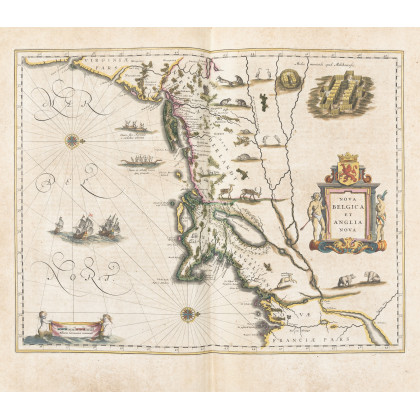 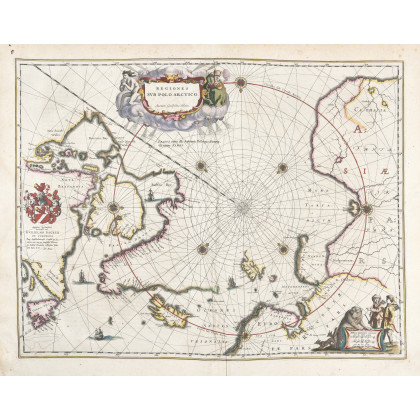 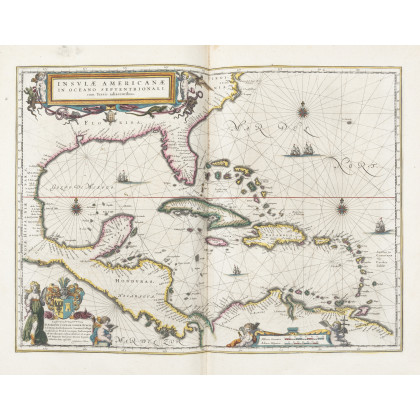 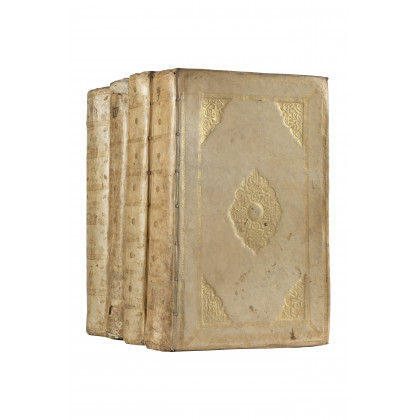 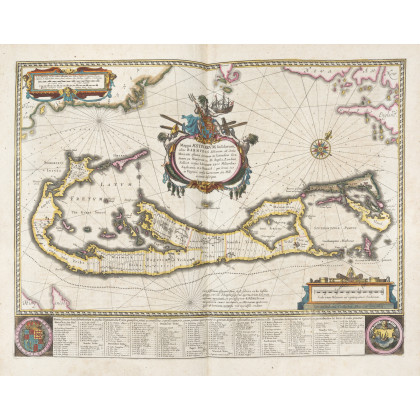 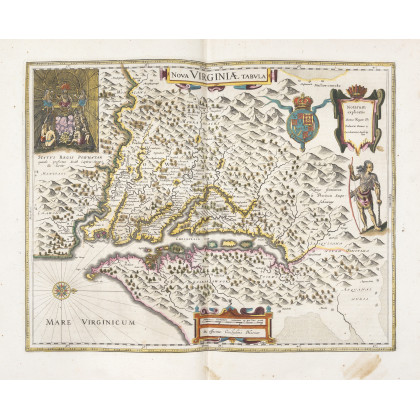 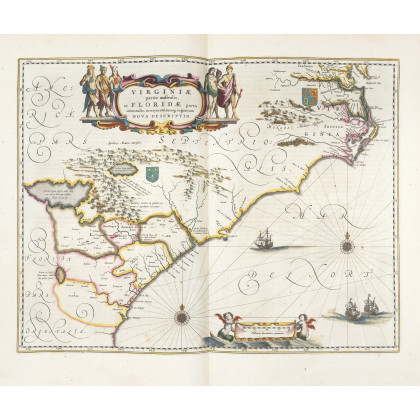 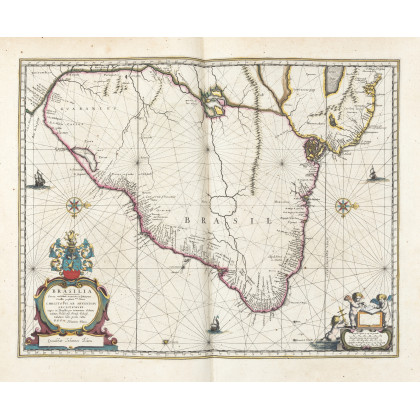 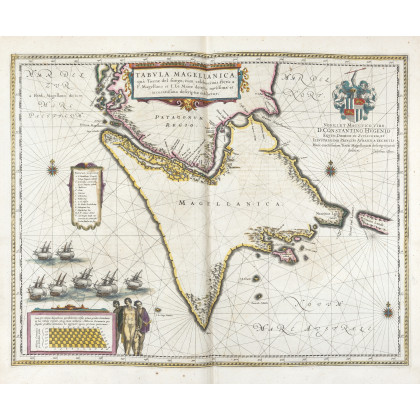 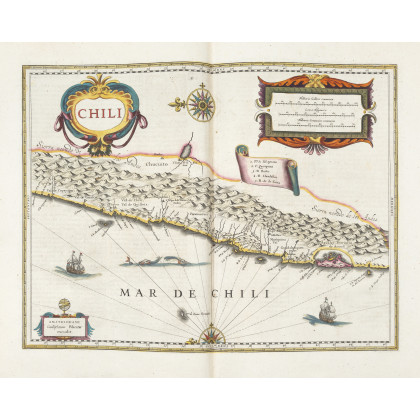 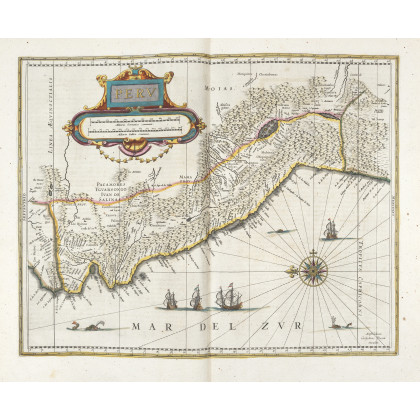 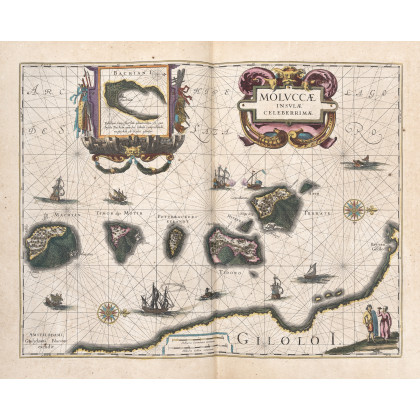 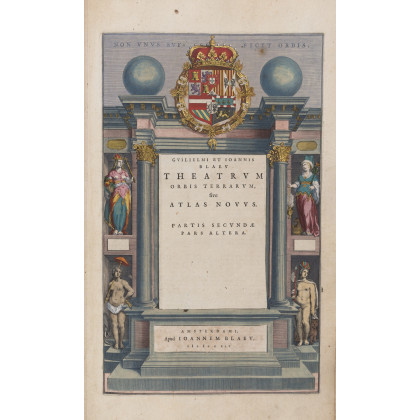 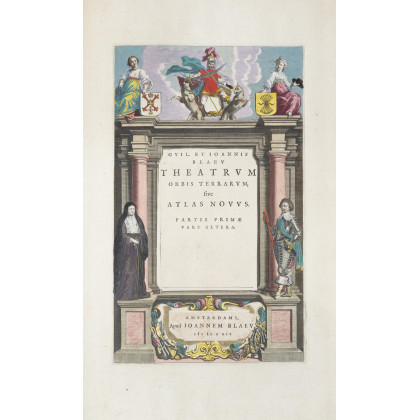 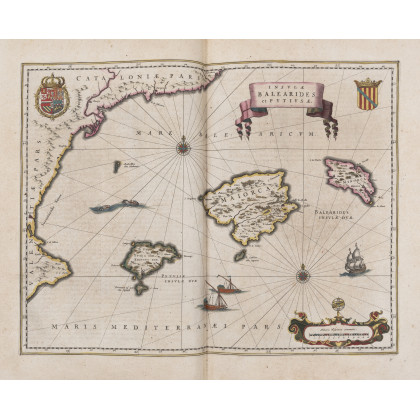 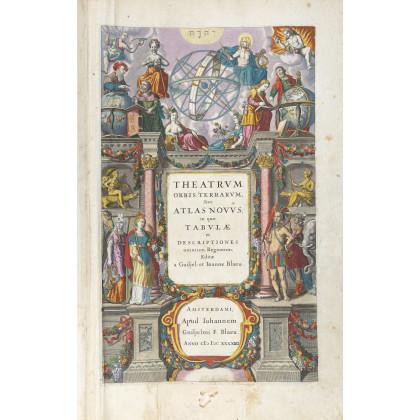 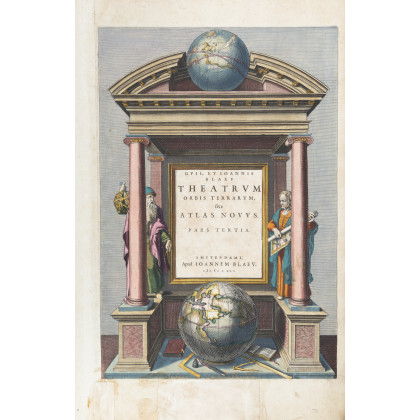 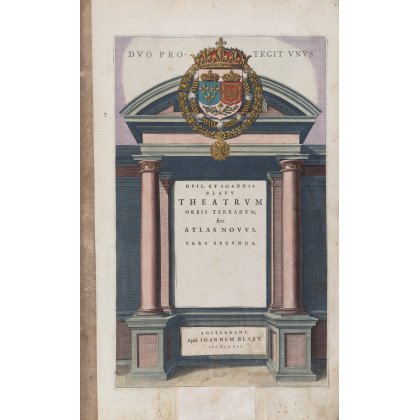 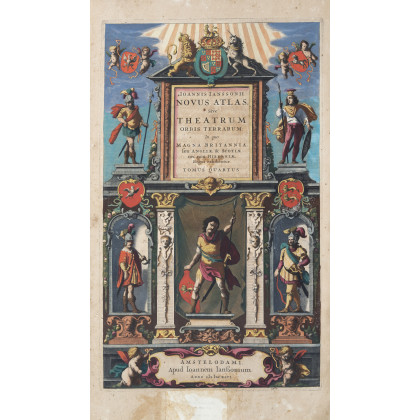 BLAEU, Willem (1571-1638), BLAEU, Joan (1596-1673) e Johannes JANSSONIUS (1588-1664) - Theatrum Orbis Terrarum sive Novus Atlas. Amsterdam: Blaeu (vols. 1-3) e Janssonius (vol. 4), 1644-1646.   An excellent copy in contemporary colouring bound in Dutch vellum of this atlas from the golden age of Dutch cartography: one of the finest editions ever published. The first 3 volumes are by Blaeu, while the fourth is by Janssonius. In 1650 Janssonius also published a fifth volume (see following lot) known as the "Waterweld", the first maritime atlas printed in the Netherlands.   17th-century Amsterdam enjoyed unprecedented prosperity, and as shipbuilding, industry, and maritime culture flourished, so did cartography: the zeitgeist of the age was manifested in the production of the finest and largest atlases the world had ever seen.   The firm of Blaeu operated in Amsterdam from 1596 until 1672. Willem Blaeu studied under the celebrated Danish astronomer Tycho Brahe (1546-1601) and began producing globes and scientific instruments before expanding his business to include maps, charts, and books. He was appointed Chief Cartographer to the Dutch East India Company in 1633 and upon his death in 1638, the business was passed on to his sons, Joan and Cornelis (c.1610-1644) who continued their father's work. Janssonius on the other hand was Blaeu's colleague and rival and married the daughter of Jodocus Hondius. Often Janssonius is accused of having copied some of Blaeu's maps but many predate those of Blaeu and/or covered different regions. Koeman I, 23A, 21A, 24A, 22, 37A, 43B, Me 152.   4 volumes, folio (510 x 330mm). Half-title in the first volume, titles for each part, woodcut initials and hand-coloured illustrations, 337 maps in contemporary handcolouring, most of them double-page, few folded, single or half-page; at the end of the third volume there are 4 maps not present in Koenman 37A; the fourth volume is by Janssonius. For a detailed list of the maps, please contact the department (at the bottom edge of the titles there is cut-out paper label with printed on the verso: "Multum legendum sed non fine. Plin. Jun. Lib. 6", in the first volume the label has some worming, a few small holes in the margin of a few leaves, light foxing and occasional light dampstaining, few maps with occasional minimal scratches, very small holes or a few small tears which are only occasionally larger but mostly at the folds without any loss, occasional light browning, second volume with browned guards, vol. IV - Janssonius - a little more browned). Contemporary Dutch vellum decorated in gilt on covers, spines and edges (without ties, some light stains, small losses and minimal wear). Provenance: shelf label on front endpaper. (4)