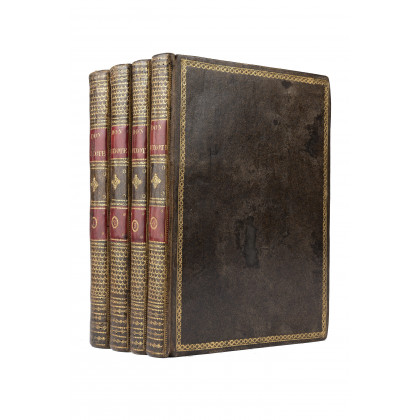 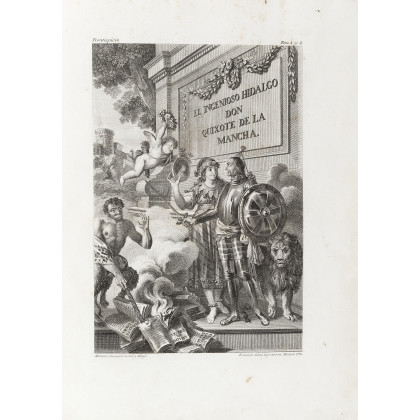 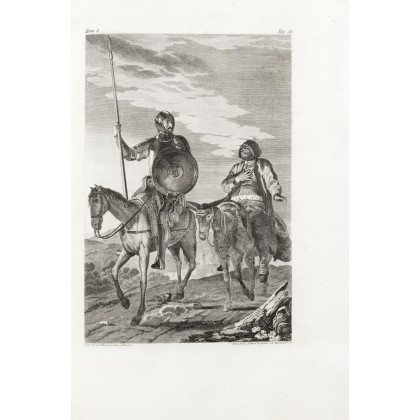 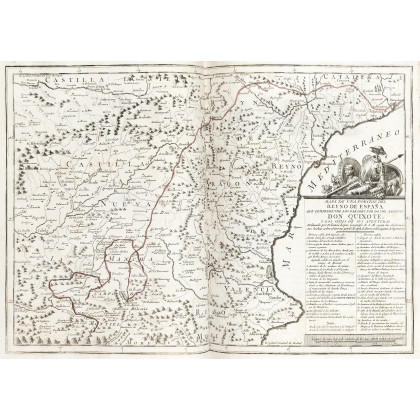 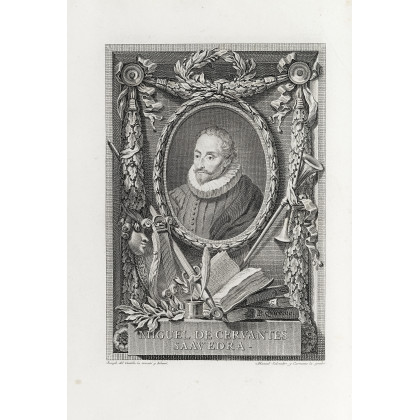 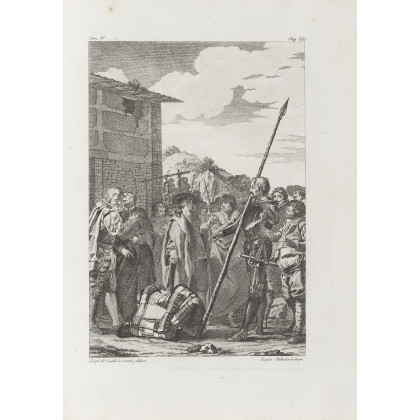 CERVANTES, Miguel de (1547-1616) - El Ingenioso Hidalgo Don Quixote de la Mancha. Madrid: Ibarra, 1780. The most famous illustrated edition of Cervantes' "Don Quijote de la Mancha", a Spanish literary masterpiece printed by Joaquín Ibarra, perhaps the greatest Spanish printing company. In 1773 the writers of the Real Academia Española began to think about a new edition of the most famous novel in their national literature. In the two previous centuries, in fact, various prints and translations had brought the text to a subversion, full of spelling errors and variations from the original. Hence the desire to produce an ultimate, perfect and philologically correct edition from every point of view. Hence the text of the present edition based on the first editions of 1605 and 1608 for the first part and on those of 1615 and 1616 for the second. The publisher used the best Spanish craftsmanship for the material realization of the work: for the paper the paper mills of Llorens were chosen, for the illustrations artists of the caliber of Carnicero and Josè del Castillo and the characters were specially fused by Jeronimo Gil. Vincente de Los Rios who was then entrusted with the task of writing an accurate biography of Cervantes. The extreme search for perfectionism led the publisher to make printing plates larger than the sheets to avoid showing the plate mark (which in fact is not present). The result is a pure and elegant editorial layout for a philologically perfect edition of one of the masterpieces of the literary history of humanity in which the author satirically expresses the clash between the idealized world and real life, a clash ultimately summarized in the opposite personalities of the two protagonists, Don Quixote and Sancho Panza. 4 volumes, 4to (298 x 220mm). Portrait, double-page map of Spain, 3 frontispieces and 29 plates (some leaves with minor foxing, otherwise a good copy). Contemporary marbled calf, titles and numbers on red leather labels, gilt decorations on spine and plates decorated with geometrical gilt border, marbled endpapers and gilt edges (tiny wormholes to spine ends). Provenance: Conti Sanminiatelli (late 19th-century bookplate). (4) The lot is accompanied by a export license.